Books from the year I was born

My poor neglected blog. I can't believe it's nearly been a year since I last fed you. Never mind, I am here now so I thought I would tell you what I have been up to the past year.

Mostly I have been working and attending medical appointments. I have watched far too many TV series and read far too few books. I have been learning Norwegian (det går bra) and doing a limited amount of writing (det går ikke så bra).

Tomorrow, I turn 50 years old. So I decided to see what popular books (according to Goodreads) were published in the year I was born: 1972. Let's see how many I've read, shall we?

Book #1: Watership Down by Richard Adams

I have never read this book, but a lot of people say this is their childhood favourite. It has had a huge influence on children's literature, so I’m putting it on my to-be-read list right now.

I haven’t read this one either. The blurb says it is a book about art and how we look at pictures. It sounds interesting, so I think I’ll try to track this one down as well.

Another children’s classic that somehow passed me by… I wonder when I’ll get to a book I have read.

Book #4: Tales of a Fourth Grade Nothing by Judy Blume

This is the first book in Judy Blume's Fudge series, and although I don’t remember reading this one, I definitely read Superfudge (we studied it in year 7 or 8).

Book #5: Charlie and the Great Glass Elevator by Roald Dahl

I’ve read this one! This is the second book in the Charlie Bucket series and follows on from Charlie and the Chocolate Factory. I remember the great glass elevator leaving the chocolate factory and flying over the town, but it’s been so long since I read it, I can't really remember what the story was about.

A few years ago, I purchased a volume containing the first four books of the Earthsea Cycle. This is book number three. Wonderful works of wizardry that have clearly had a huge impact on fantasy fiction.

I haven’t heard of this book before. The description says it is about Kublai Khan and Marco Polo. Wonder if it is still in print?

Book #8: All Creatures Great and Small by James Herriot

I don’t recall reading this, but surely I must have. The old BBC series with Peter Davidson (aka the fifth Doctor) was a delight.

Book #9: The Gods Themselves by Isaac Asimov

I believe Isaac Asimov is a very prolific science fiction writer and even coined the term robotics among others. Alas, I have not read any of his works and probably should remedy that.

Amphigory apparently means a nonsense verse or composition. And if nothing else, I have learnt a new word today.

How many books have you read from the year you were born?

Launch for South of the Sun 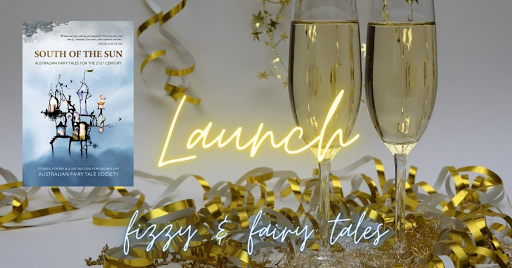 Launch events for South of the Sun

Some online launch events are being planned for South of the Sun in May.

Facebook Live event - Saturday, 22 and Sunday, 23 May, all day. You'll be able to watch videos of contributors reading snippets from their stories.

And of course, don't forget to pre-order your copy of South of the Sun: Fairy Tales for the 21st Century.

South of the Sun

South of the Sun: Australian Fairy Tales for the 21st Century can be pre-ordered now from https://www.serenitypress.org/product-page/south-of-the-sun. 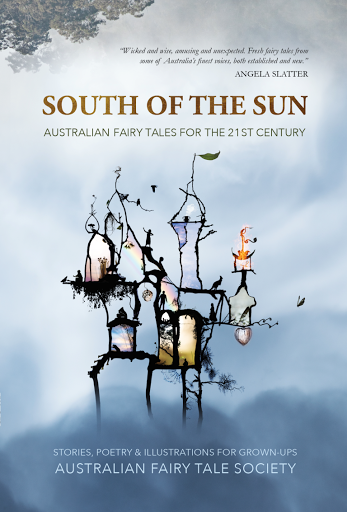 Read all about it at https://australianfairytales.com/.

As well as a short story contributed by yours truly, there are tales by Carmel Bird, Sophie Masson, Cate Kennedy and Eugen Bacon.

Stay tuned for details of the official launch happening in May.

Melbourne is finally nearing the end of its long lock down, and the threat of COVID-19 has diminished here, for the moment at least. I’m finally getting a few hours to myself now and then, and I can feel my creativity returning. It’s time to dive back into ‘life amidst the unreal’.

I have an idea for a book and some characters I’m excited about, so I’m having fun playing around with that at the moment.

Reading-wise, I read Midnight Sun by Stephenie Myer, which in turn led me to re-read the entire Twilight series. It’s an interesting experience, going back to it, looking at it more from a writer’s perspective. I can see the flaws that many others have criticised, but I can also see the author’s growth as a writer. As a reader, I can’t join in the literary snobbery though. I still love it.

Audio-wise, I’ve been listening to A Winter’s Promise by French author Christelle Dabos, translated by Hildegard Serle and brilliantly read by Emma Fenney. The variety of voices Emma brings to the reading is simply astounding, and all of them so convincing that I’m besotted with the characters. I wonder if it would be the same if I was reading the book instead of listening to it. There are flaws in the story – mainly slower bits that could have been cut down – but the unusual setting and characters, the lack of sappy romance (though romance is there simmering away unrequited), and the quiet strength of the protagonist, make for a compelling story. The cliff-hanger ending may bother some people, but I’ve quite happily moved on to book two, The Missing of Clairdelune, to seek the answers to questions raised by the first book (and listen to Emma read some more).

A quick summary of A Winter's Promise - In a world that has shattered into arks, descendants of the family spirits of each ark have special powers. Animist and mirror traveller Ophelia is betrothed to Thorn, a taciturn man from the Pole. In the months before her marriage, Ophelia must learn to survive this dangerous place full of enemies and intrigue. But who can she trust?

“Here, before you, I predict that your husband’s will is going to shatter against yours.” - Ophelia’s Great-Uncle A Winter’s Promise by Christelle Dabos

The Future and the Past

Expiration day is an unusual futuristic novel. Although set in a dystopian future, it’s a poignant and heart-warming coming-of-age novel about what it means to be human.

To maintain peace in a world where few human children still exist, a corporation called Oxtet creates teknoid children for adoption. Tania Deely discovers only two children in her entire school are human. The rest undergo regular upgrades to give them the appearance of growing up. To maintain the illusion, most of them don’t know they’re not human.

In this confusing world, Tania writes a diary describing her life, loves, hopes, dreams, fears and doubts. But as her friends disappear one by one (even the human ones) Tania realises every family faces an Expiration Day.

The Past: No Small Shame by Christine Bell

As the first World War begins, a young Scottish migrant is embroiled in her own battles at home in Australia. Mary’s determined build a better life for herself and her loved ones, but is hampered by a reluctant husband, an overbearing mother, and the general attitudes and opinions of the day.

Between all the heartache, Mary’s warmth and compassion shine through. Every time I put the book down, I found myself worrying and wondering what would happen, always hoping the best for the characters.

These two books couldn’t be more different and yet at their heart they both feature strong female protagonists who strive to make the world a better place.

Who decided who got to go where and when? Or what a person could or couldn't do? Who wrote the rule book? - No Small Shame by Christine Bell

It’s a bit over a month since a state of emergency was declared here in Melbourne, so thought I’d compile a list of lockdown faves so far.

Favourite TV series: The Man in the High Castle (Amazon)
A fantastic show full of compelling and complex characters set in an alternate history where the Nazis won the war. Rufus Sewell is particularly exceptional as Obergruppenführer John Smith, a ruthless man who will do anything to protect his family, including turning his back on everything he believes in, (and who happens to have the most tongue-twisting job title in the world. Props to the actors who had to say it repeatedly).

Favourite movie: I only watched one and it was dreadful. Hopefully something better comes along next month.

Favourite book YA: Call Down the Hawk by Maggie Stiefvater
A book about dreamers and the dreamed. If a dream will sleep forever when you die, you have a lot to live for. It’s a great premise well executed. Can’t wait for book two to come out.

Favourite book MG: The January Stars by Kate Constable
Two sisters accidentally kidnap their grandfather from a nursing home and go on an adventure to find him a new place to live. A beautifully written, heart-warming tale with a sprinkle of stardust magic.

Favourite book PB: Cicada by Shaun Tan
I expect nothing less than brilliance from Shaun Tan and Cicada does not disappoint.

Favourite book A: Dark Emu by Bruce Pascoe
Okay, I read this just prior to lockdown, but it’s the most recent book for adults I’ve read, so I’m including it in the list. A fascinating study of indigenous agriculture and development prior to European settlement in Australia. There is much this country can learn about environmental sustainability here.

Favourite board game contest: Scrabble
I lost, but as far as Scrabble games go it was a corker. I started with four Ns, a Z, and zero vowels. We backed ourselves into a corner early on and, with barely any room to move, it looked likely we’d have to start again. The addition of two letters to an existing word got us out of trouble and my son scored a triple word score with a long Q-word. The most remarkable thing of all: at the end of the game there were only two 1-point tiles left.
A very close second in this category was when I bankrupted everybody in Monopoly *maniacal laugh*.

Favourite small moment: Standing in the backyard listening to dozens of birds hold a raucous AGM in the Leylandii trees.

Hope everyone's finding their own favourite moments in lockdown.